a workshop about small-scale production and design

Final Works in Their Locations… 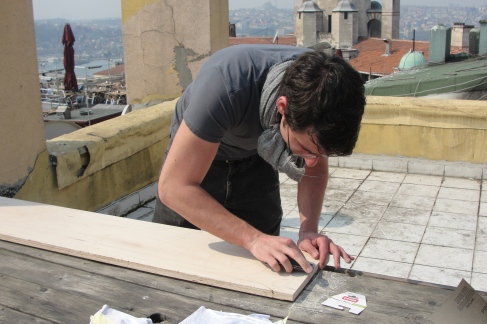 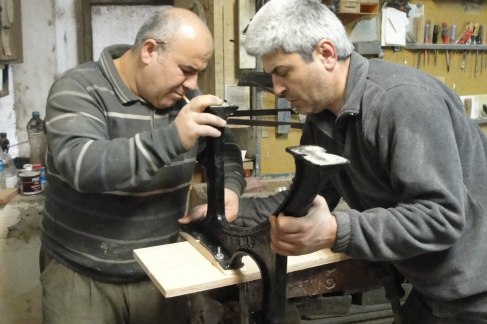 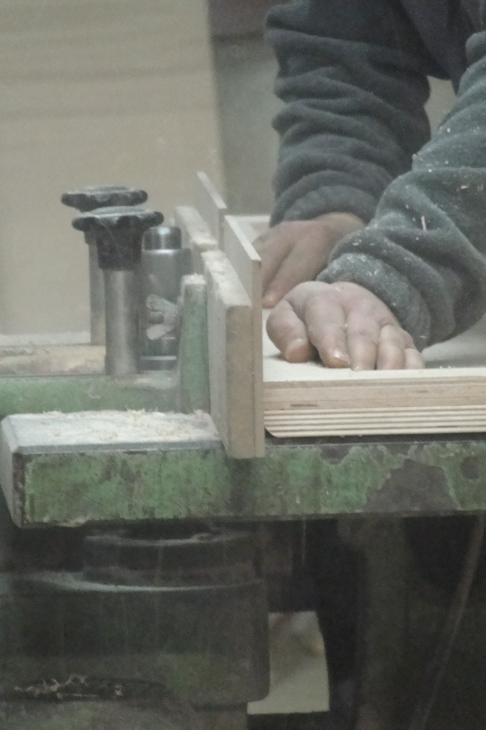 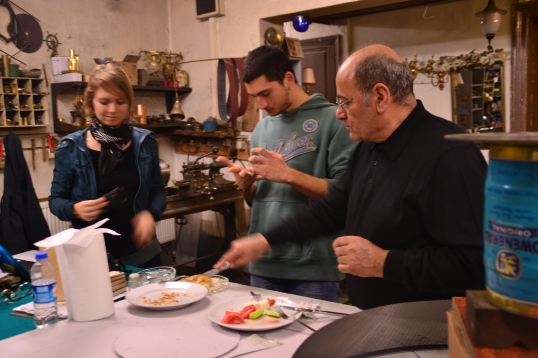 break for a snack 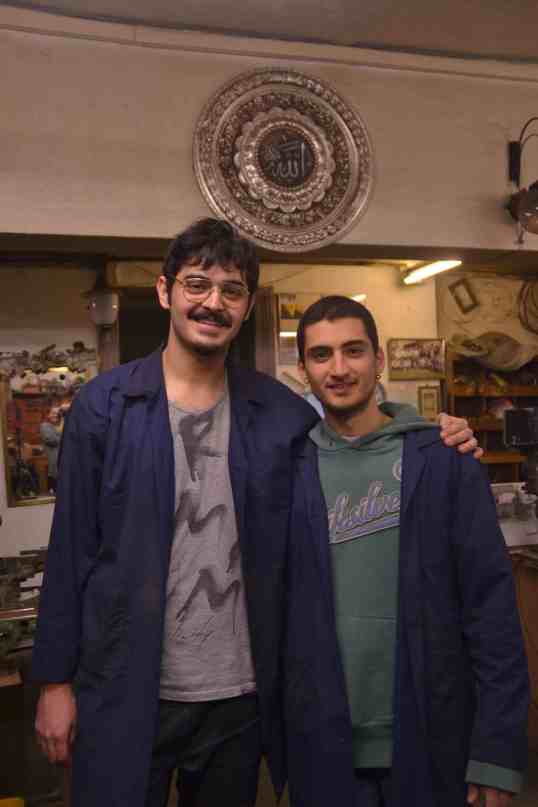 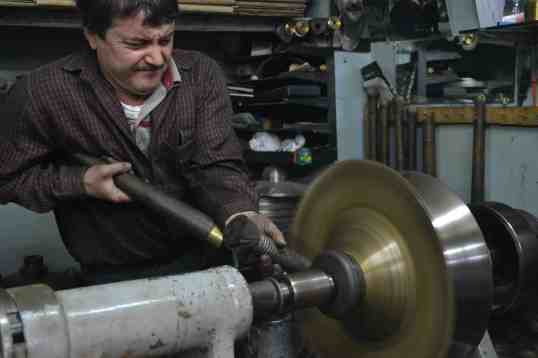 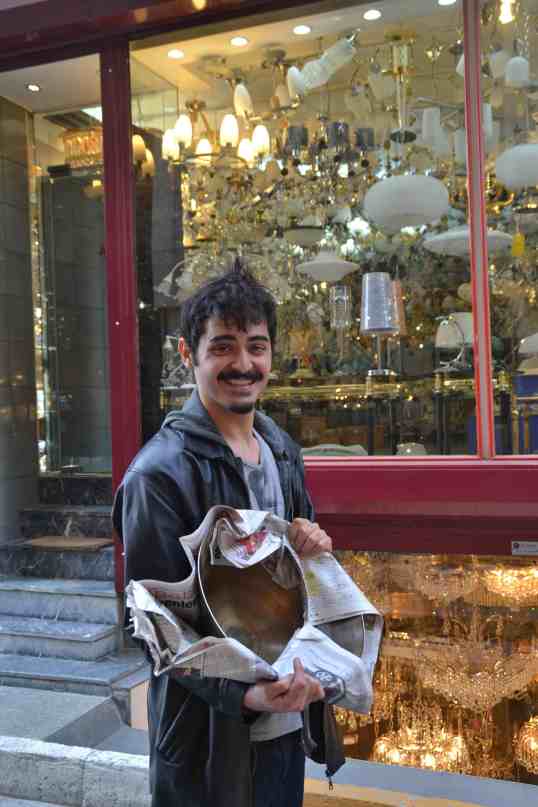 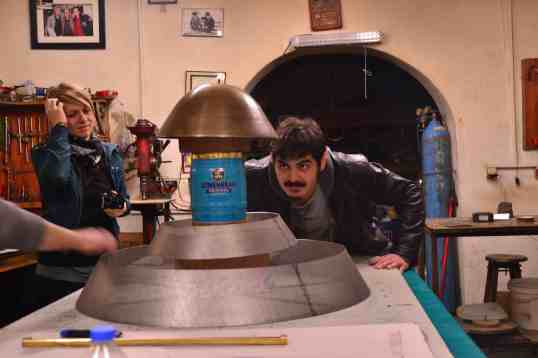 At morning we meet us with the owner of Manzara Istanbul and talk with him about our idea. He liked it.

After that we went to 3 more workshops. One for our mirror, for for our wooden tile and then we go back to the workshop were we let make our main construction and checked what he had done already. 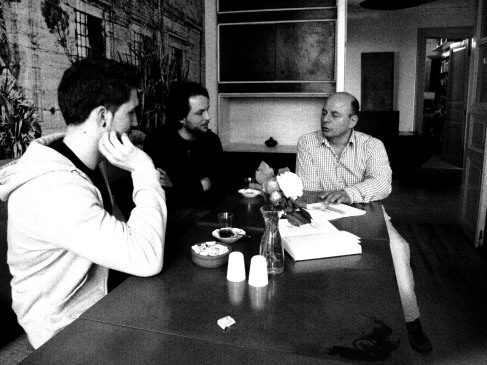 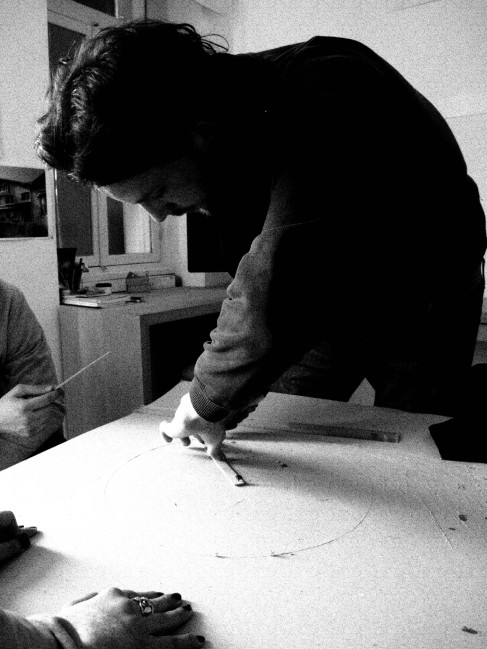 Posted by flowerofistanbul in Uncategorized

After the workshops, we went to the Doğan apartment for the first time. Look around, take pictures and sketch.

Then met at Gündoğdu cafe, continue to do sketches together.

We get together at 10 o’clock. Talk with the manager of the Doğan Apartment, then we told our opinions about the project to the architect.

We stroll around the apartment, we looked to the library and terrace. Talk with the people who lived there, sketched around.

We went to metal and acrylic glass workshops. Analyze the processes, suitable for us or not.

At the evening, we sketch, talk about different ideas, and brainstorm a lot.

Brainstorming on the roof of Felix’ Apartment. The skyline of Istanbul seems to be very in creating ideas. While we were stucked yesterday today we found a solution for the design challenge at Dorgan Apartment. We dissmissed the idea of creating a lamp because the whole complex – including the lamps – had just been renovated. The only thing the residants needed were new benches for the garden. After we agreed on designing a bench we tried to adapt our insides about the location to the object we want to create. The renovation of  the Dogan Apartment initiated the renewing process of the whole area. The modernizing process, it’s dynamics and outcome is also the main topic of the ‚Made in Sishane’ project. We decided to draw peoples attention to the problems of restructuring a district. Happy about our breaktrough we quickly went on developing the idea further. Later the day we visited the carpenter to discuss our idea. After that we tried to find out who could help us lasing wooden boards. Prepared with some pices of wood went to a laser workshop to do some tests. In the evening we started to draw vector graphics for the lasing.

While we made some laser tests on Saturday we were looking forward to see our final map-pattern on the wooden board of the bench. After struggeling with arrangements with the carpenter and the laser guy we set off to our personal lasershow in Seyrantepe. One car, five persons and two wooden boards we started the adventure.

When we arrived at the laser workshop with the wooden board we couldn’t start directly. First the laser had to be modified because the wooden boards were to thick for it. It took some attempts to find the right position for the board. But finally we could start. It really was an impressing sight to see the lasing as close as we’ve never seen it before (and probably never will see again). The lines of the streets should be deeper than the lines of the buildings so the laser had to iterate lasing the streetlines several times. Lasering just one of the wooden boards of the bench took at least two hours. To see how the pattern appears on the board step by step was awesome.

Even so it was a long night we were glad about the advance of our project and enjoyed the support of the laser workshop. To be up to work on a Sunday night for some crazy designers is no usual but was more than helpful. At least we not just only enjoyed the support but also the hospitality – they didn’t only take care on the board but also on the crazy designers and kept us from collapsing with tea and cookies.

One board under the arm we travelled back to Sishane by Metro where we arrived at 9.30 pm. Happy, honestly impressed – and hungry.

We met at Gündoğdu in the morning, we took the bench pieces from the laser cut and sand it.

Then we took it to the carpenter to assemble and oil the pieces.

The Third Day, We Are Doing It!

Third day’s plan was quite intense.

We had to go to the plexiglas workshop first to talk about the frame, that kids can put their drawings in it first.

After this quickly we went to the woodworkshop in Eminönü and gave him the measurements and waited until he finishes one bench so that we could bring it back to Şişhane, to the plexiglas workshop to see how it looks when we cover the top and the side of the bench. 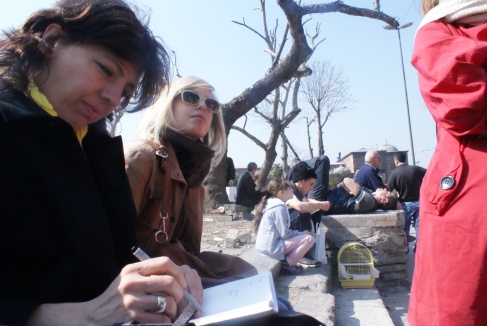 But when we were in the wood workshop we saw another woodbox maker and we decided to use them for the lightning with some fabric.

So, we went back to plexiglas workshop with the idea of lightning and one finished bench.

In the plexiglas workshop we put the colored pieces on the top and side and saw how it looks, it was quite fine. 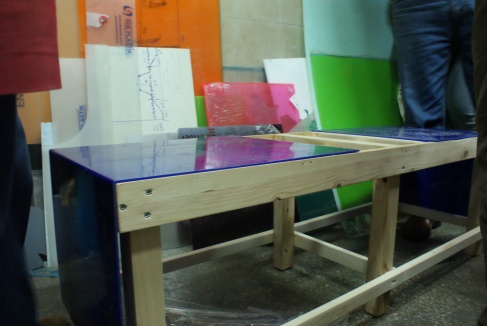 Finally, we went to a lightning maker in Şişhane to take a look at the fabric he has. Unfortunately we couldn’t find what we want there. But we have some ideas about it and he suggested some shops to buy. 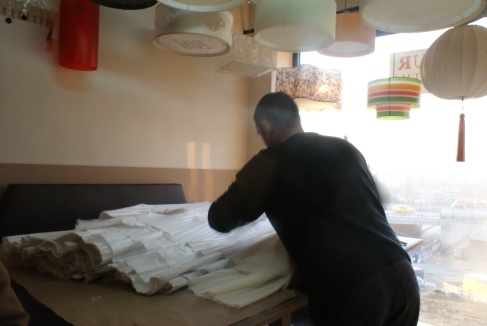